The Salvation Army has adopted a military format to enhance its organizational strength and mobility and to provide efficient support in disaster relief and assistance activities to developing countries. Since the organization have adopted military style, the words and terminologies used are also unique as follows.

Church Usage In The Salvation Army 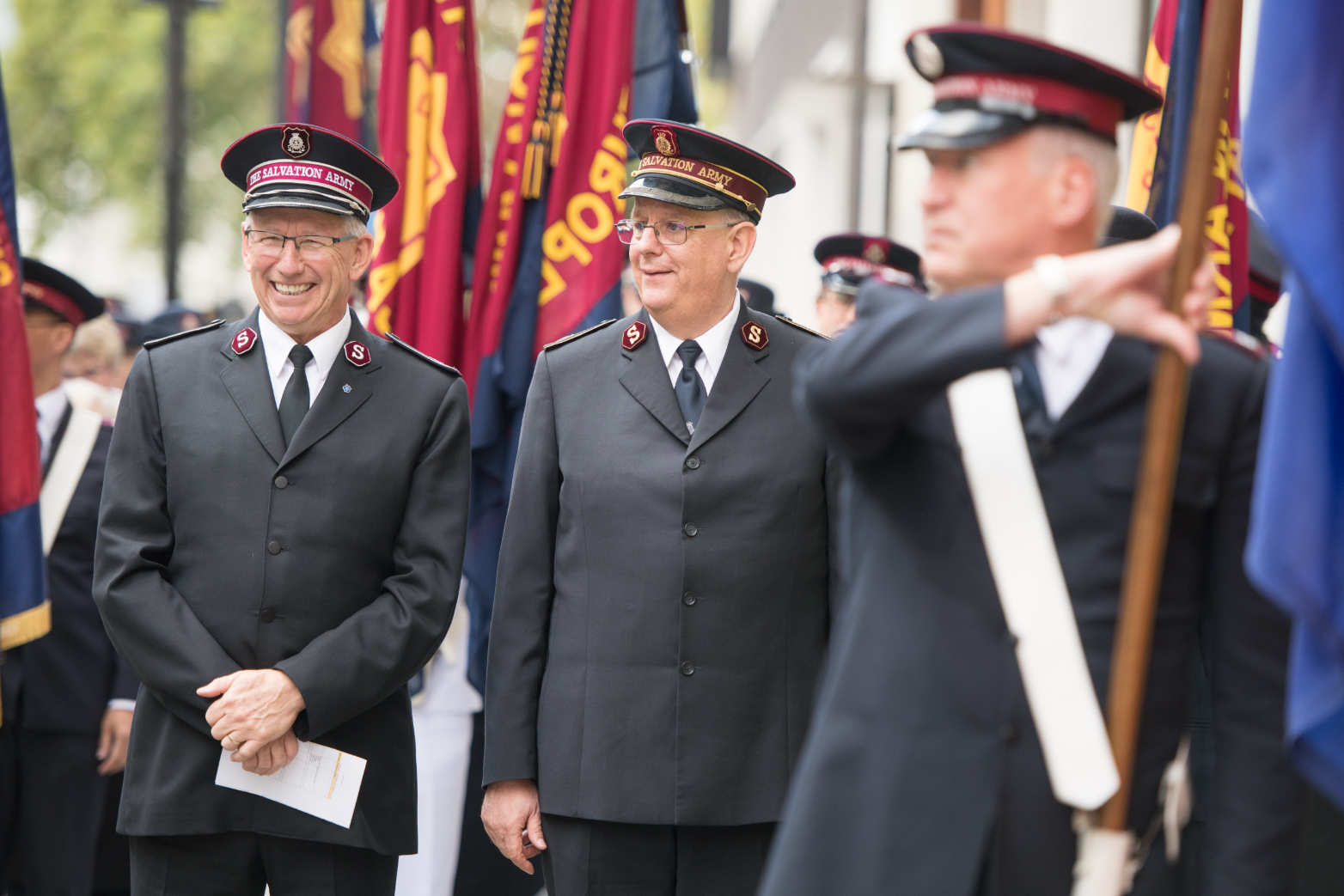 The background to this military form lies in the origin of the Salvation Army. When the Salvation Army was formed at the end of the 19th century, Britain was a class-based society in which clothes, languages, and food were different from class to class. However, only the military was a transcendental place where both upper and lower class people wore the same uniforms. On the other hand, the Christian church was originally supposed to be a place that transcended the class, but the church at the end of the 19th century became as a place where people of the middle and upper classes gather. By actively embracing the military style and preaching in uniform, the East London Christian Mission was able to break through class walls and enter straight into the lower-class community.

From these backgrounds, we, the Salvation Army, wear military forms and carry the flag. This also means that people can recognize at a glance that you are the member of the Salvation Army wherever you go in the world. 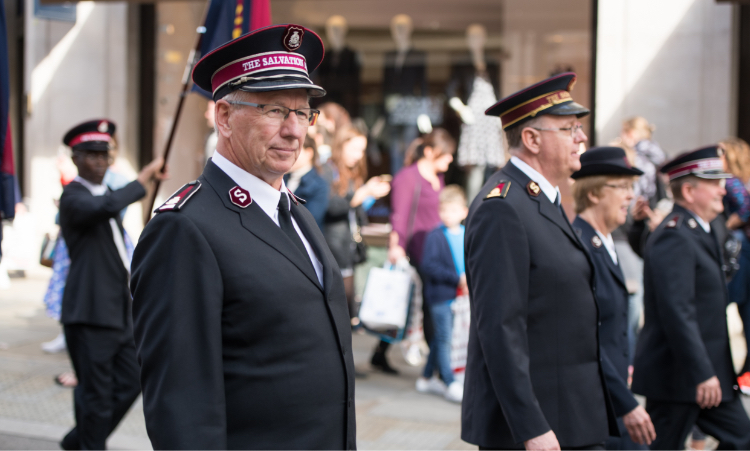 To visibly represent being a soldier of Christ, Salvation Army soldiers (Christians) wear uniforms with blue epaulette. The S emblem on the collar is an acronym for "Salvation". Those who have been trained for two years at the Officer’s Training College (seminary school) and have been appointed as Salvation Army officers wear uniforms with red epaulettes and collar patches. Officers are promoted to Lieutenant, Captain, and Major depending on the number of years of service, and some officers are given special duties and are promoted to Lieut-Colonel, Colonel and Commissioner. 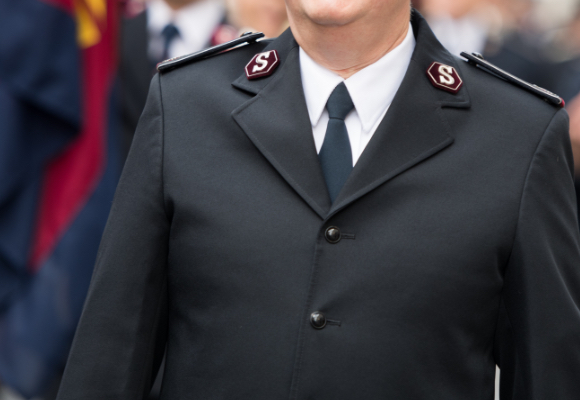 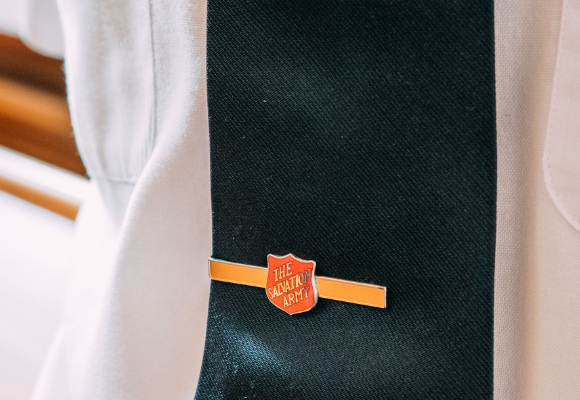 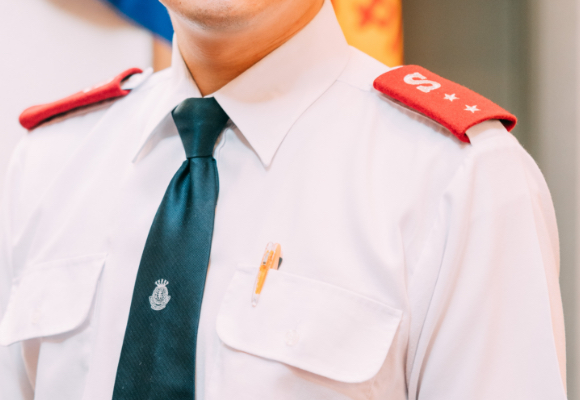 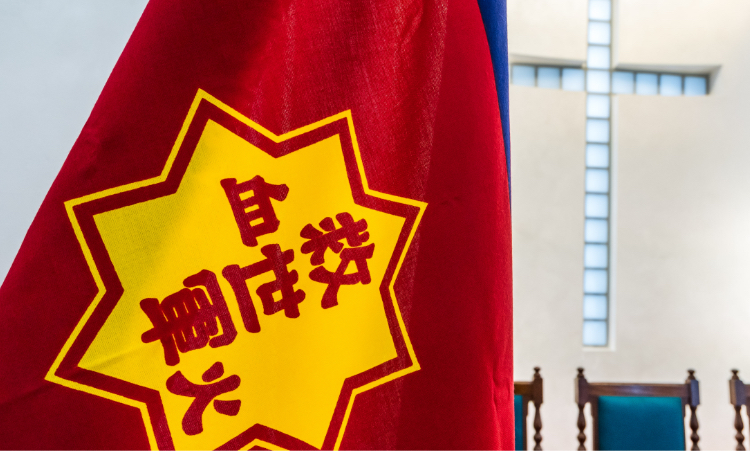 The flag is hung at all bases where the Salvation Army operates, such as corps (church), hospitals, social welfare facilities, and headquarters. The military flag is designed in red, blue, and yellow, and is sometimes called a tricolor flag. Each color has a religious meaning, where "blue" represents the purity of God, the Creator of the world, "red" represents the blood of the Atonement that Jesus Christ shed on the cross, and "yellow" represents the fire of the Holy Spirit, and as a whole represents the Trinity God of the Father, the Son, and the Holy Spirit.

The flag is put up at the front of the outdoor evangelism (open air meeting) and parade (march). In addition, the flag is always raised at the "soldier enrollment ceremony", which is equivalent to the baptismal ceremony, and at other ceremonies such as weddings and funerals. At the funeral of the Salvation Army, the casket is covered with a flag, remembering the soldier returning to heaven after a lifetime of battle on earth. 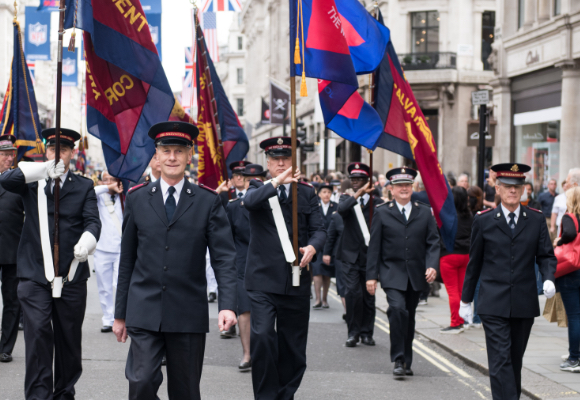 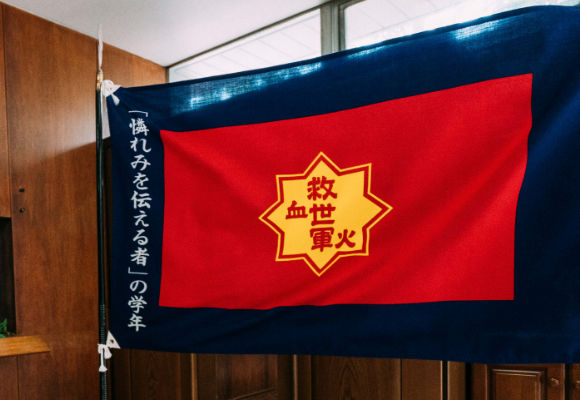 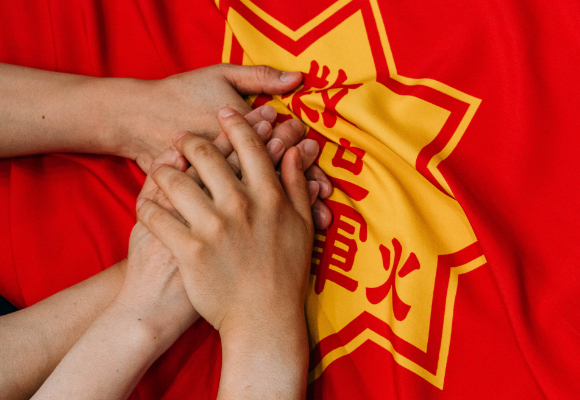 History Our Future Return to About Us