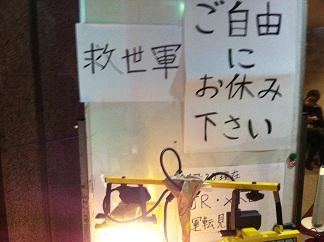 THE Salvation Army in Japan is responding to the earthquake and tsunami that brought devastation to the north of the country. Communication and travel have been badly hit by the disaster, and at the moment the true cost in human life and property can only be guessed.

The most damaged city is Sendai, about 400 kilometres away from Tokyo. Commissioner Makoto Yoshida, leader of The Salvation Army’s Japan Territory, was at territorial headquarters in Tokyo and reports: ‘Our building swayed tremendously. It was hard for us to keep standing and many of us were really frightened.’

He adds: ‘We are sending a team to Sendai tonight [11 March] and tomorrow we will start providing the basic necessities as well as assessing the level of damage so we can decide what else we can do.’

Public transport in Tokyo stopped because of the earthquake, leaving many commuters unable to leave work. Commissioner Yoshida says: ‘We opened our hall on the ground floor of territorial headquarters to those who could not go home. We served them with hot drinks and packed meals.’

General Shaw Clifton, the international leader of The Salvation Army, has already been in touch with the commissioner to assure him of the prayers and support of Salvationists around the world. 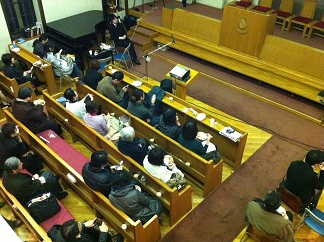